Key Christmas dates are selling out at Wild Estate! Book now to avoid disappointment! - check it out!

Introducing Keryn & Simon Matthews. Together we own and run (sometimes literally)  Wild Estate Vineyard, Wild On Waiheke Activities and Waiheke Island Brewery. We love what we do, and we love to do it well! For almost a decade we've poured our heart and soul into creating a place that's friendly and welcoming to everyone. Our motto is we work real hard and at the end of the day we love to have a good time! To us Wild's all about combining work and fun, promoting a well-earned break from the daily grind. Our team mean everything to us, and we create a culture where everyone is valued, has growth opportunities, and is cared for by the Wild Family. This approach lends itself both in the longevity of our crew, as well as the team achieving multiple industry awards year after year. So come check us out, we can't wait to see you at Wild! 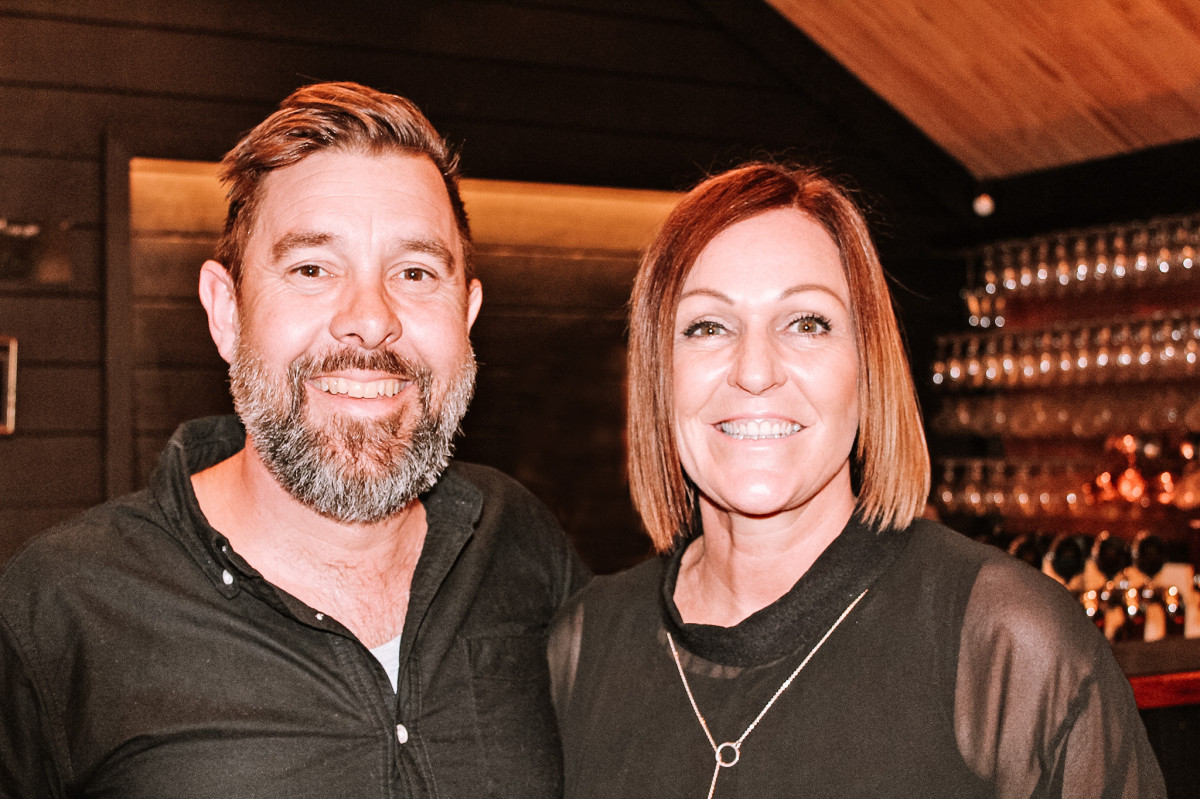 Get behind the scenes with the Management Team and some of Wild's finest talent who love to make this place the best it can be....

David's certainly no stranger to Hospitality, nor running large vineyard restaurants, which is just as well when we have so much more going on at Wild! A lot to do and he does it in style! He's quite competitive (don't take him on at Jandle), but loves a good laugh and is therefore great at nurturing the team in his own unique style! 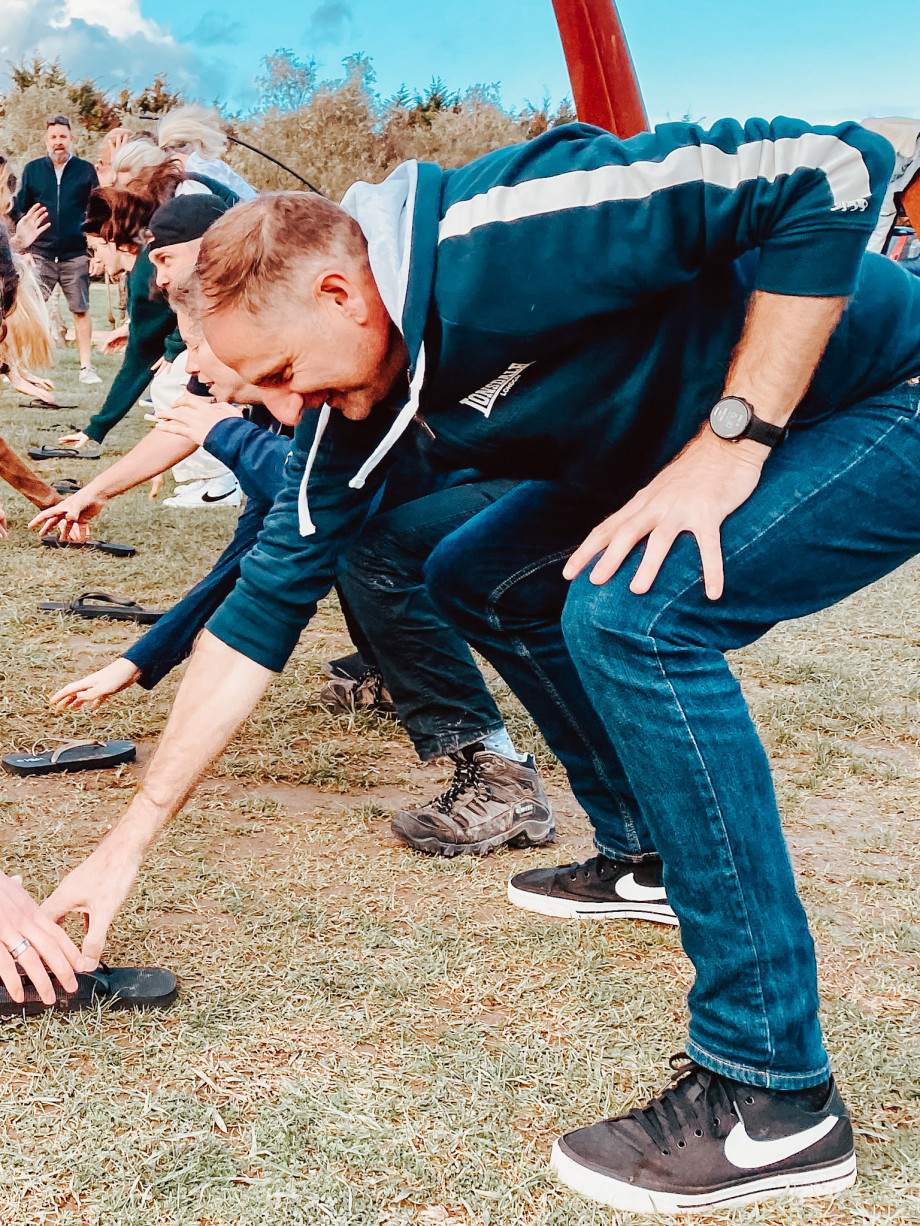 Josh has taken care of most people of Waiheke at some point for well over a decade. Josh takes care of everything from rosters to table plans to fine tuning the ins and outs of the venue, the grounds, or your conference requirements. He's also the Master of The Jandle - just don't tell David! 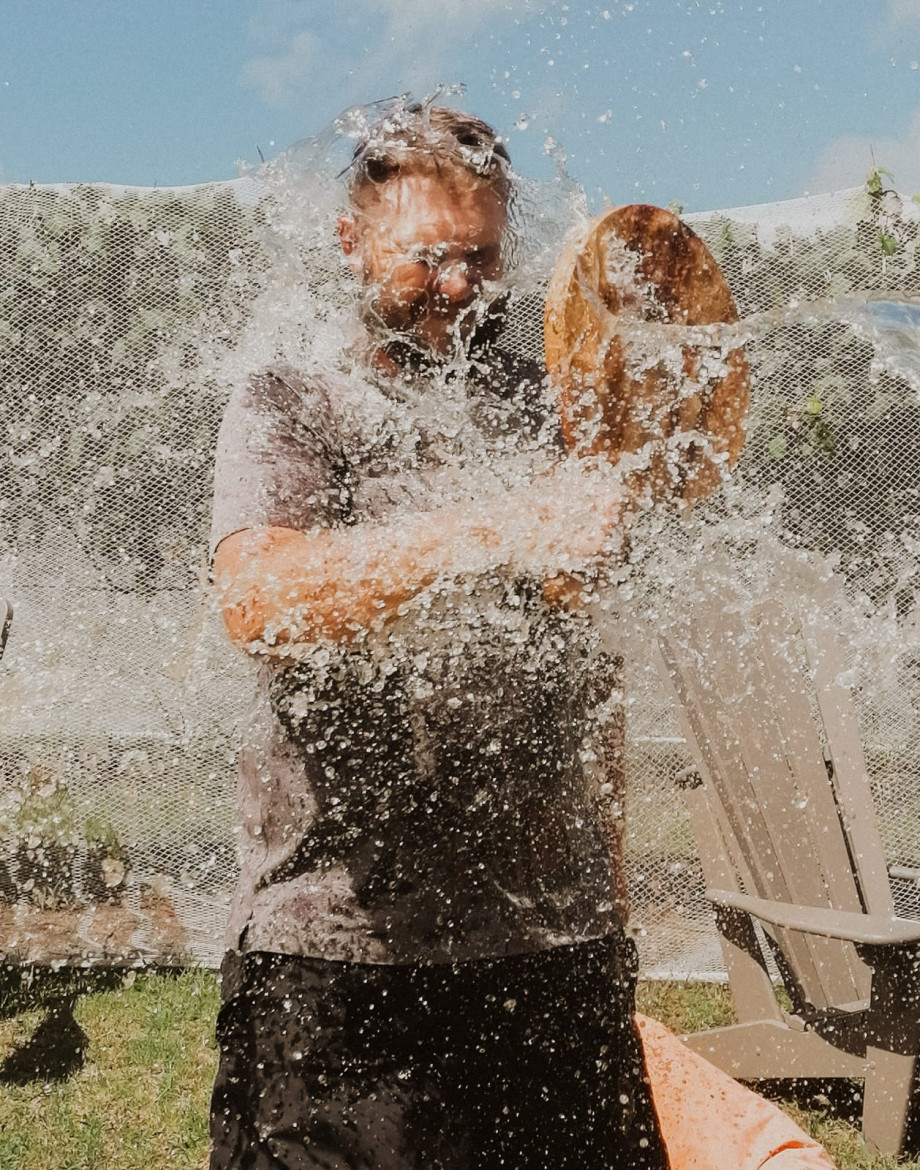 Simon used to run the Restaurant and Operations, however as the business grew, so did his beard, so now he enjoys the help of our talented crew. Simon's practicality can lend his hand to fix almost anything (except computers which he refuses engage in). But tell him something's broken at the venue and he'll fix it in a heartbeat. Lovingly nicknamed MacGyver (only those over 40 will understand). 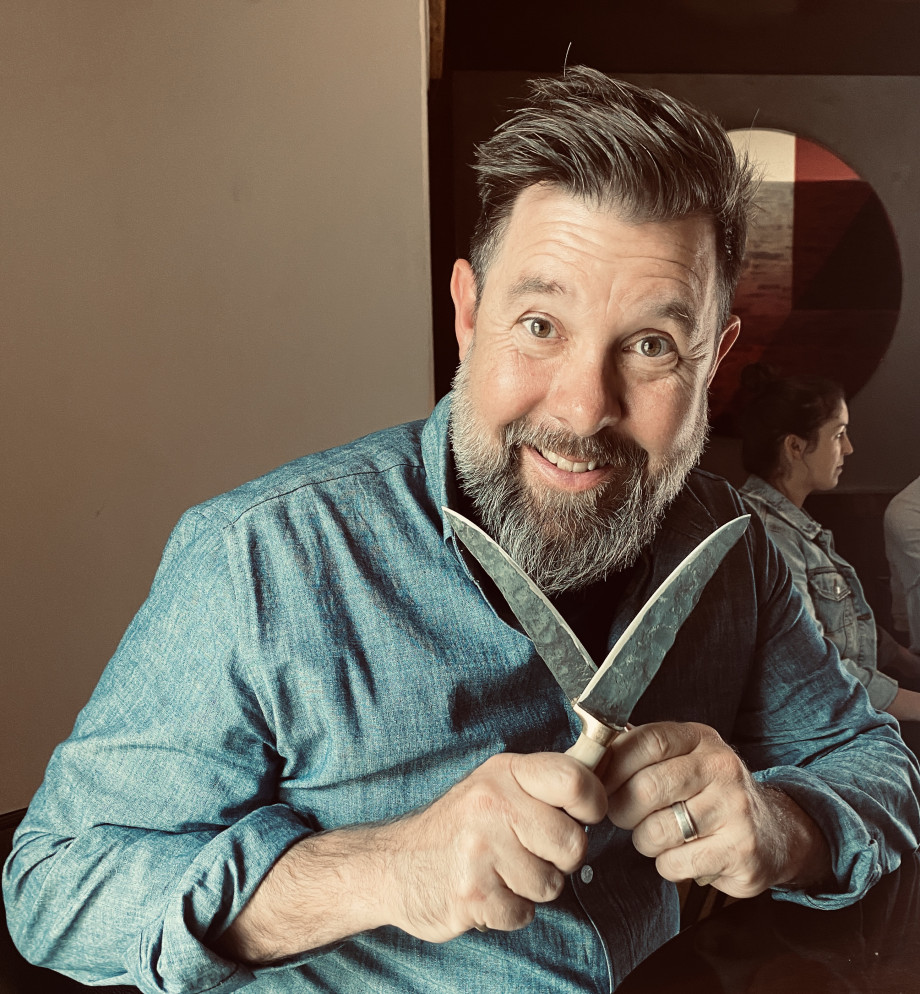 Steve knows EVERYONE. He probably even knows your pets, your cousins and your step brothers kids. Especially if they come from America where he's either been to or worked in every bar in the US, and if he doesn't know them he'll certainly know where they've come from, and know you by the time you leave!

Steve's one of our longest standing members, and reckons he'll be here longer than us! He loves making cocktails and makes the most amazing mojito's! 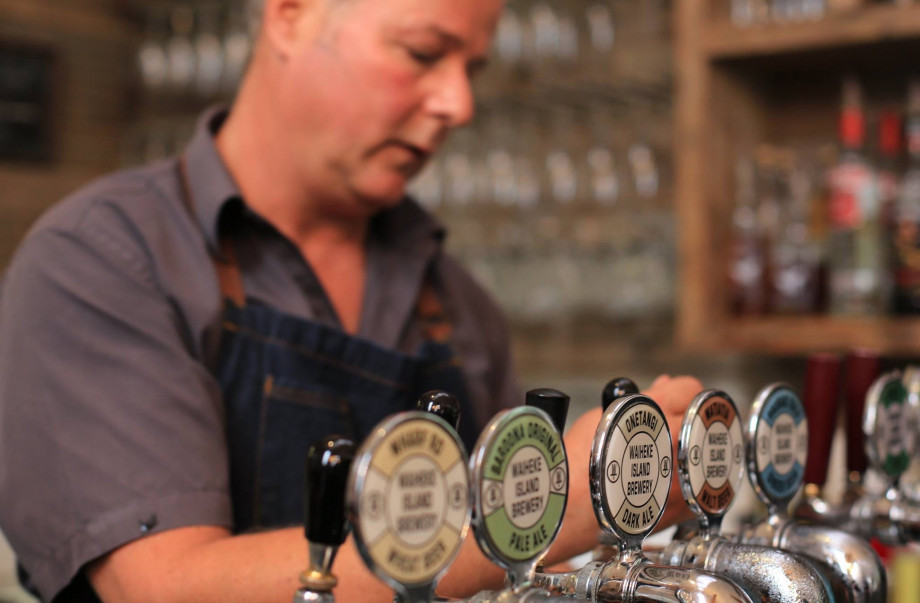 Chefing since the 90's, he's run some pretty famous kitchens in his time. 10 years in London, 3 years Heritage Hotel in Scotland, & many years running well-known sizeable establishments in Auckland, he now gets to enjoy the 'Island Hours of Chefing' (i.e. Work 9-5 and hit the beach by 1 minute past... now you're talking!) 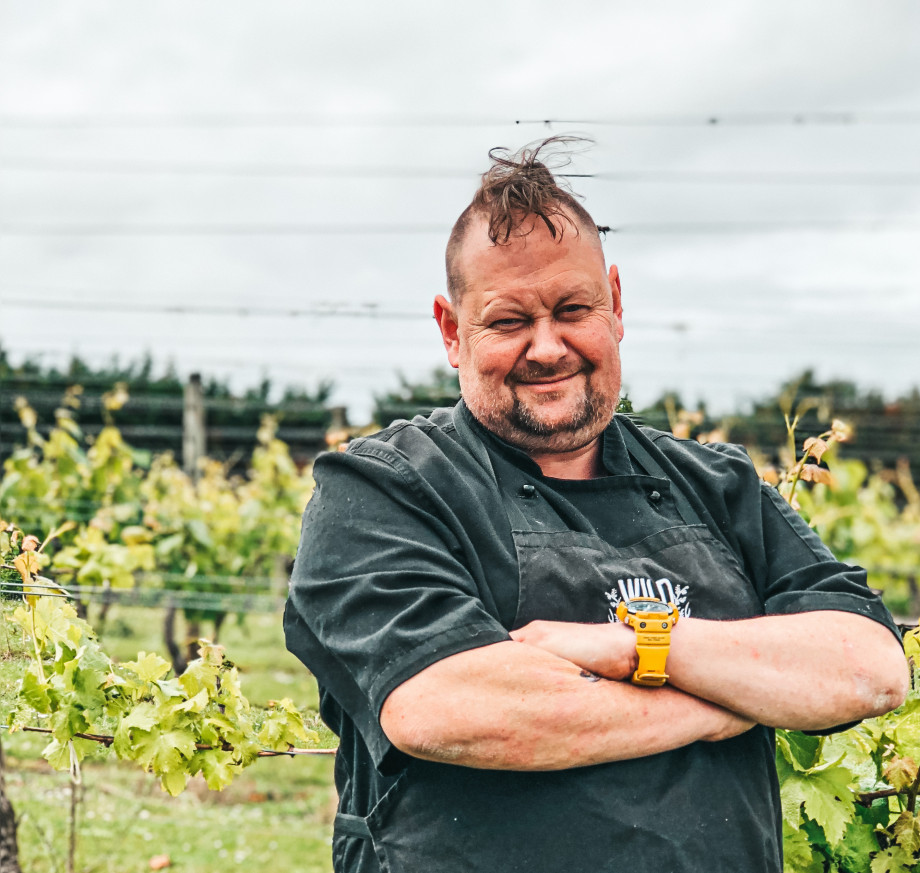 Keryn's talent includes managing the finances as well as marketing to the masses. Her unique ability to master a seasonal cashflow budget, she thrives on the challenge and will colour coordinate it to boot! She's one who loves a good project, so managing the redesign of our wine brand, as well as the new restaurant has certainly been her highlights. Handy to have around too, after 30 years in wine she can certainly spot a good chardonnay! 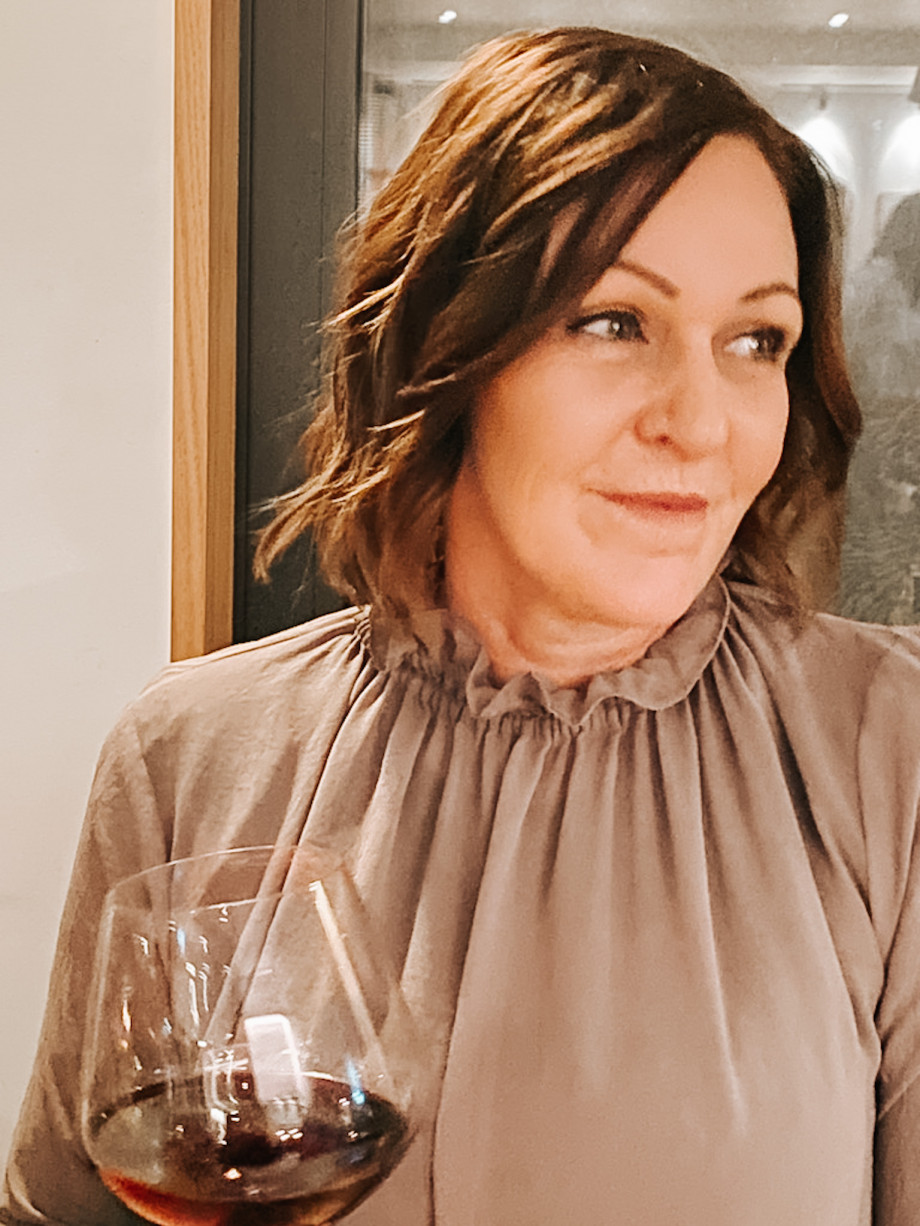 If you've got a group to bring to the island, then you need to get in touch with Sheryl. She's a master, and she'll take care of everything you need, as well as everything you didn't know you needed, but you do (like organising your team's ferry tickets and buses). 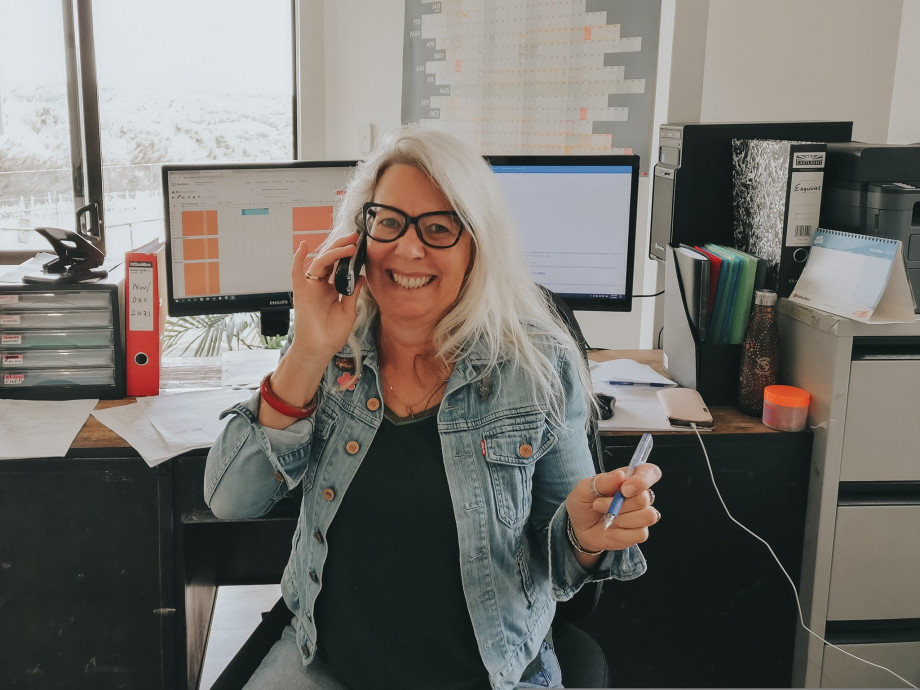 Meet Marmite, our loyal dog at Wild Estate. Marmite looooooves marmite (go figure) as well as chasing balls, finding balls, running after balls, and balls. He also like dog biscuits, visitors, and bounding big walks around the vineyard.  He's a bit of a flirt at times, and often found laying on extra 'cuteness' for the ladies, particularly if they have Marmite or balls! 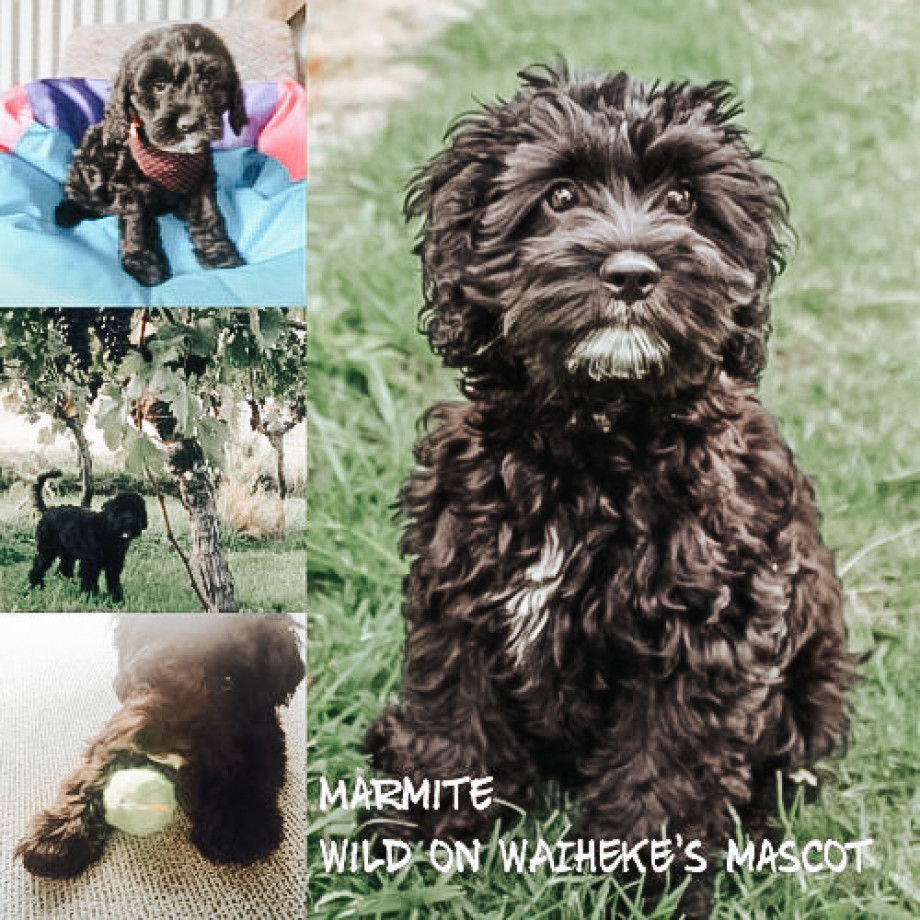 Did you know our crew won Best in Customer Service at the Westpac Business of the Year Awards for Auckland Central?  Our team are the business at Wild! We hold social events to ensure everyone gets to know each other, to help us create a dynamic and inclusive working environment. And of course fun!

Don't be fooled - these guys may make it look easy, but it's hard work and suits reliable people who love to work within a team. Many people love it so much they come back year after year. If you're interested, simply send your CV to our General Manager david@wildestate.co.nz 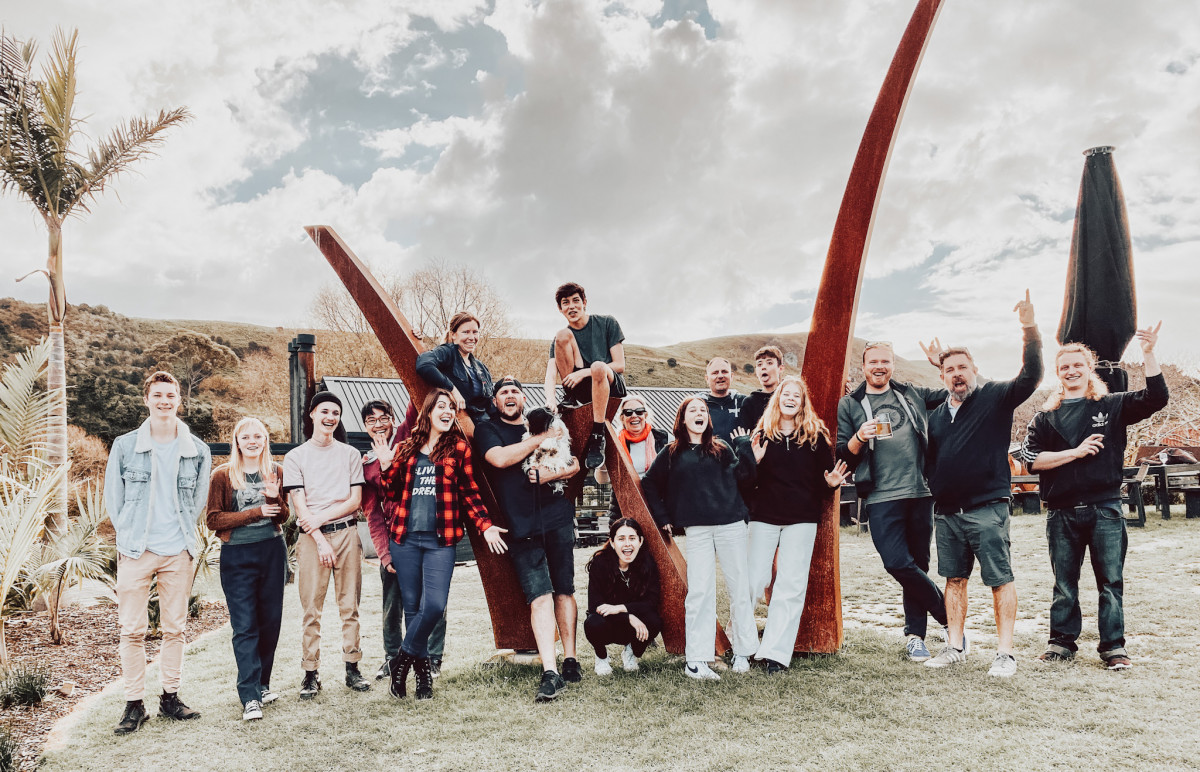 We will be complying with the government requirements for COVID19 and only ask that you help us fulfil our obligations so that we can stay open and trade safely. Thank you!

BOOK WITH CONFIDENCE - COVID19 POLICY
We wish to reassure our guests before making a booking, that we are completely flexible should the Government Covid19 Levels change for the date of your booking - your date can be moved without any penalties. We also have full Health & Safety policies in place to ensure the safety of our guests, as well as our dedicated team. Please ensure you read carefully, by making a booking you agree to our booking Terms & Conditions